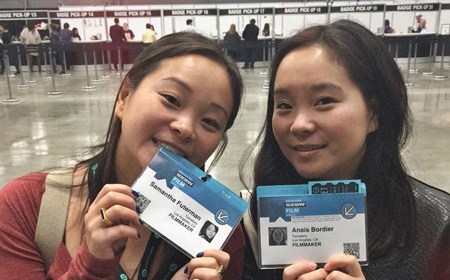 What if you would meet your identical twin – as an adult? What would that say about yourself if you would find someone just like you? Will your identity just be relative and not that special or would the excitement be just too big to have a person that not only looks like you but might help you out on some fundamental life questions? This actually happened to the following sets of twins – with different results : Separated by the Atlantic Ocean

Anaïs Bordier always knew she was adopted. Her birth certificate said she was born in Busan, South Korea; an only child to a young, unmarried woman. Anaïs grew up in France in a loving home with loving parents. In February 2013 her whole life would change. Now 25 years old, Anaïs was studying fashion in London when she stumbled upon a YouTube video featuring an actress in Los Angeles named Samantha Futerman. The resemblance was uncanny. Not only did they look nearly identical but they had similar mannerisms and idiosyncrasies; the only difference was their accent.

More on their remarkable story here. Separated six months after birth in 1933, Jack Yufe was raised as a Jew in his native Trinidad while his identical twin, Oskar Stohr, grew up in Nazi Germany, where he joined the Hitler Youth. When the two met again in Germany years later, they discovered they didn’t particularly like each other. Not so much because they were different, but because they were so much alike.

More on their story here. Reunited 35 years after a social experiment

Paula Bernstein and Elyse Schein lived very similar lives. They were both born in New York, edited their high school newspapers and studied film at university. And both were adopted in 1968.
It was only at the age of 35 that they discovered each other and just how similar they were: identical twins who had been separated as infants in a bizarre social experiment. 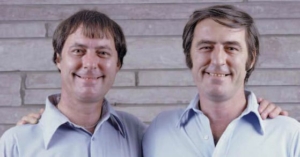 Unlike most identical twins, Jim Springer and Jim Lewis share a first name instead of a last. The two were separated at birth and adopted by separate families who, by coincidence, named their respective sons James.
So began their parallel lives. Springer and Lewis shared not only a genetic code and a first name, but they shared more or less the same life, independent of one another until their reunion, 39 years after the initial separation. 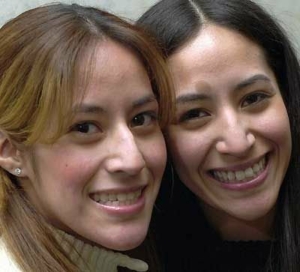 A twist of fate.
As soon as Tamara Rabi arrived at Hofstra University, she noticed the bizarre behavior. People she had never laid eyes on would smile, wave and greet her as an intimate. Then, met by Tamara’s blank stare, they would walk away. A few friends claimed to have spotted someone who looked just like her. Someone else from Mexico, she figured.

This site uses cookies. By continuing to browse the site, you are agreeing to our use of cookies.

We may request cookies to be set on your device. We use cookies to let us know when you visit our websites, how you interact with us, to enrich your user experience, and to customize your relationship with our website.

Click on the different category headings to find out more. You can also change some of your preferences. Note that blocking some types of cookies may impact your experience on our websites and the services we are able to offer.

These cookies are strictly necessary to provide you with services available through our website and to use some of its features.

Because these cookies are strictly necessary to deliver the website, refuseing them will have impact how our site functions. You always can block or delete cookies by changing your browser settings and force blocking all cookies on this website. But this will always prompt you to accept/refuse cookies when revisiting our site.

We fully respect if you want to refuse cookies but to avoid asking you again and again kindly allow us to store a cookie for that. You are free to opt out any time or opt in for other cookies to get a better experience. If you refuse cookies we will remove all set cookies in our domain.

We provide you with a list of stored cookies on your computer in our domain so you can check what we stored. Due to security reasons we are not able to show or modify cookies from other domains. You can check these in your browser security settings.

We also use different external services like Google Webfonts, Google Maps, and external Video providers. Since these providers may collect personal data like your IP address we allow you to block them here. Please be aware that this might heavily reduce the functionality and appearance of our site. Changes will take effect once you reload the page.