A recap. So much has happened. I stayed in and around Baltimore for 12 days, from Wed 11 – Sun 22 August. Some days I stayed with Jake & Jen in Pikesville, the other days with Sam in downtown Baltimore. At one time, I was locked up for two days in Sam’s apartment when he was working and didn’t leave me a spare key.

When he finally came and collected me from Jake & Jen’s place after my first couple of days there he had his girlfriend Kacey and their friend Ray with him. Kacey was a short and attractive blond girl and Ray was a sporty kind of guy with lots of wristbands, both friendly. After two days at his small and kind of messy place with lots of smoking joints (I daren’t) we headed to Ocean City, a commercial beach place stretched for some 50 km long along the coast. “O.C.” is about a 3-hour’s drive from Baltimore. “Bawmore” (as they call it) is on a bay (the Chesapeake Bay) and not on the coast as I initially thought. We stayed in OC overnight, walking around stoned under a warm starry sky, driving back the next day.

I stayed a couple of days all together at Sam’s, during which there was lots of smoking, and not just from cigarettes or weed; the house of the neighbours caught fire, with a yelling woman being rescued by the fire squad from the window next to ours.

After I had stayed back at Jake and Jen’s again and got a bit bored and Sam finally called asking whether I felt like coming over, “it” happened. Once at his place he told me Kacey and Ray had been missing. Naturally Sam was upset. Not much later she suddenly returned at his apartment; she and Ray had been to O.C. again – together. After a bit of yelling and then some silence Sam told Kacey and Ray to both fuck off and leave, for good. Sam told me after he was getting annoyed by the both of them: Ray, living at his costs and Kacey, who did not seem to care for Sam (as he did for her).

So, the world had changed for Sam: no more wedding plans and all, as he told me he wanted to ask her before.

That Thursday I went to an illegal rave with him in the middle of nowhere, partly outdoors (it was sultry hot) with really cool music and equally cool dancing black guys. Amazing experience. Sam however felt the need to drop acid (twice in one day; earlier that day in the swimming pool with Jake and Jen around) and ‘hunt for women’ on his own. I didn’t feel good when his mood all changed.

Further, I went swimming a couple of times and Jen drove me to the University of Maryland on Monday the 23rd where she had to do something (and I walked around the beautiful campus) before she finally drove me to Washington D.C. where I walked around “The Mall”, home of the White House, the Capitol and several museums and embassies.

Union Station is incredibly beautiful. After admiring the building, I got to my Greyhound bus.

Some more of my pictures: 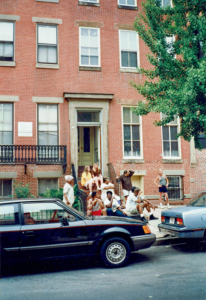 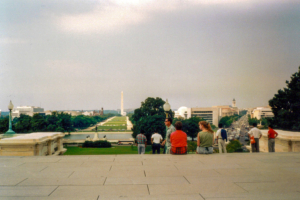 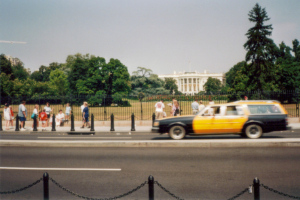 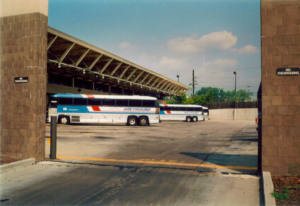 Greyhound buses waiting for me