Izzy was missing the other day.

We had started to let her out only a couple of weeks ago. Enough to get used to the gardens and not to get lost, but she isn’t too bright. And she’s fat, too.

So I went looking beyond our balcony, from the roofs of the sheds of our neighbours into their gardens. I thought I could hear her. And yes, there she was, just in someone’s garden. But it seemed her fatness stopped her from jumping back up. After waiting a bit, she just disappeared into the neighbour’s shed, and stayed there quietly. For hours. And then there was no more response.

There was no alternative than to just go to that neighbour on the other side of the block, ask to go into their garden, and then lift her back. I tried to picture the back side of the house in order to then recognise it from the front. I walked there, but couldn’t really see which house it was. I didn’t particularly feel like ringing all the doorbells.

Just as I was standing there in our parallel street I noticed the low orange sun in the yellow sky, and the beautiful long blue shadows it produced, including my own. Just as I was trying to make a picture of my shadow almost taking up the entire length of the street, there was an orthodox Jewish boy running by, completely dressed in black, with hat and all!

That’s weeeird I thought, since this city had most tragically been hit, like so many places in Holland, by the Nazi onslaught, with virtually no Jewish traces left, and then an orthodox kid runs by just here…?

Clearly there still are people seeking here I thought…

It was as if “the London” in me suddenly disappeared.

Chased by his own shadow, the boy disappeared around the corner as quickly as he came.

An older woman was standing near a door, so I asked her if she had seen a cat. She didn’t, but told me to try her neighbour. I rang their doorbell. A sort of rough looking woman in her 50s opened the door. I asked about the cat, and she said I could have a look in their garden, even though she said she hadn’t seen one – she had seen what could have been Izzy several times before though, just not today. I went inside and entered their living room. It looked sort of dark inside, and suddenly I noticed a man sitting in a chair, watching TV. He looked even more rough than the woman, with his belly sticking out from under his sleeveless shirt. It seemed he didn’t even notice me at first, but after my barrage of words his eyes slightly lit up and he got out of his chair.

By that time I had already walked to the back side of the room, towards the kitchen which led to their back garden. The couple followed me, with the woman uttering some words, and her husband munching them back in. I went in their garden, and the woman confirmed what I saw: Izzy wasn’t there. I could just see the top of the neighbour’s shed over the fence. That’s where she should be; perhaps sleeping, perhaps frozen by fear.

The woman told me their neighbours were on a holiday for several weeks. She had the key, but wouldn’t dare entering their house because “little creatures live under the floor”.
I took these words for whatever they were, and asked to climb over their fence. Awkwardly I stepped on some sort of barbecue chimney, from there on on to the fence.
I could see the door of the neighbour’s shed half open, but still no Izzy. The fence was rather high, and on the other side I could see a wooden chair. I made sure to have my weight balanced over the fence and leaned onto the chair, which disintegrated immediately. I landed on the ground, and didn’t care much for the broken garden chair of people that have “little creatures under their floor”.

There she was. In the shed. Just sitting under some old bicycles, looking at me with her big yellow eyes.

The fat poof that she is, I had to get her over the fence. So I dropped her over to the other side, to the couple’s garden, and quickly climbed back there. I ran after the terrified thing, grabbed her, thanked the neighbours and took her outside, walking the half block back, through the front door back home. 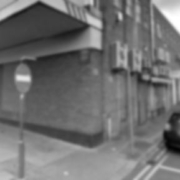 Wisdom behind the gambling place 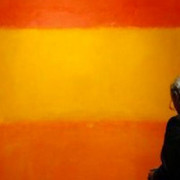 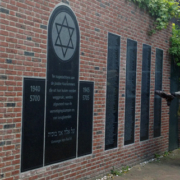