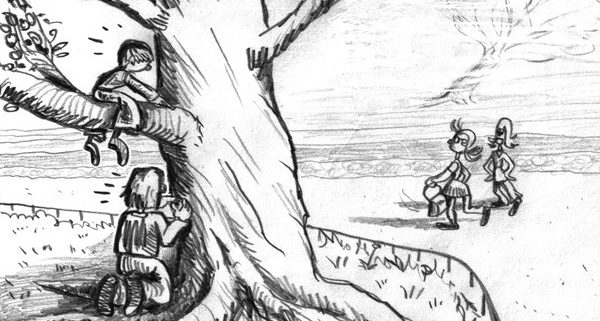 Not too long ago – in the light of eternity – when I was a kid, about 9 years old, I was walking on clouds. I wanted to reach the sky you see, and now and then I got pretty close.

Every day I was walking to school through the Vondel Park in Amsterdam with my friend Clifford.

On entering the park we had to pass the giant tree, then walk along the long lane, across the rose gardens and over the bridges and ponds. Grownups, even my older brother of seven years had to be avoided at all costs – except perhaps when needed in case of an ambush by bullies from 2 classes up or so (which incidentally could have included Cliff’s older sister and her friends).

Clifford’s parents were American, and at his home, not far from mine, he was living with his mom and older sister. His dad was not there, just like mine, but now and then he used to visit from New York, which in my memory was nothing less than Metropolis, home of skyscrapers, monorails and flying cars. Cliff and I used to play with electronics stuff, like gluing a bunch of batteries and a radio antenna together to function as a walkie-talkie, with a vocal reach of about two metres. 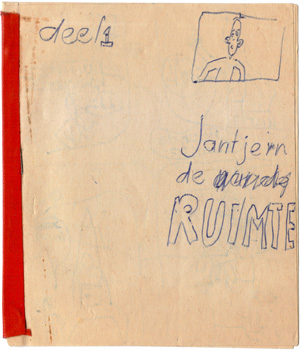 These didn’t protect us from the bullies, so next to our technological inventions we resorted to a much more powerful medium, that of our imagination in the shape of our drawn little comic books. By lack of or even knowledge of photocopiers we hand-drew each little book, every time, about the adventures of little Jan, going to the moon, to the sea, into the past or the future, all for the stunning price of ten cents a copy.

Not that it had much effect on the bullies either, but boy did our creations make us feel invincible. So much so that one day, whilst walking to school, overthinking our next adventure, I noticed that the ground underneath my feet was slowly but surely descending and I was floating with my head in the clouds, despite the sunny day.