The difficulty with abstract expressionism like that of Barnett Newman is that it doesn’t represent something (immediately) recognizable. That doesn’t necessary mean there is nothing to relate to though.

First of all, it’s pointless to watch it on a tiny digital screen; you have to see it in reality, which in the case of Newman often means quite big. Size does matter. 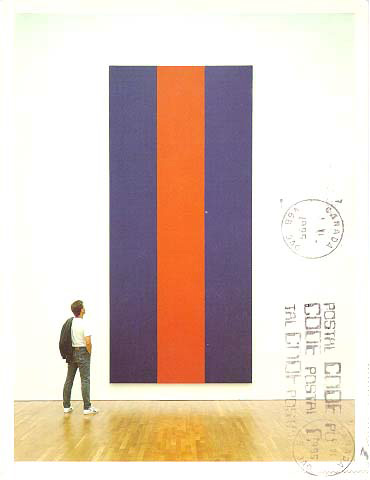 Watch it preferably with not too many people around and with an open and curious mind. The works of Newman and Rothko are more something you have to experience rather than just view, like a deep bass sound in cinema that is barely audible but nevertheless there.

Like most abstract art, these works try to bring down reality to its essence. In addition to the more cerebral final works of Mondrian, which seemed to have reached it final stop in Manhattan, the abstract expressionists go beyond that point, trying seemingly with as minimal means as possible evoking a maximum emotional and even spiritual response. 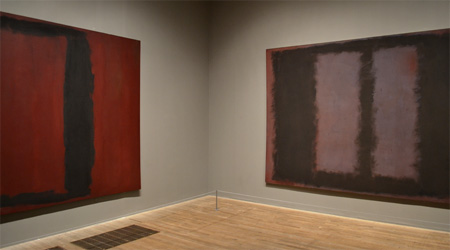 Rothko’s Seagram Murals at the Tate Modern in London

Contrary to what some might think, these works are the result of a long and often painful process of carefully composed mostly primary colours. As Jung did in psychology, these two painters were interested in finding a primal form that precedes or transcends man’s cultural catalogue. But by no means were they just random blown-up Rorschach tests, but rather individually recognizable works of art.

Now, beauty is of course in the eye of the beholder, and so is the valuation of these works. Some prefer blue (timeless, spiritual), others red (love, anger), etc. Personally I prefer Rothko over Newman as I think he was the most profound and deeply spiritual one of the two. A Rothko behind Bert Cooper (r)

Whether this is of any interest to the people at Sotheby’s I am not sure. You might have noticed the Rothko in one of the earlier Mad Men episodes in Bert Cooper’s office. I like to think that that was creator Matthew Weiner’s little nudge to the strange thin line between the world of art and finance. 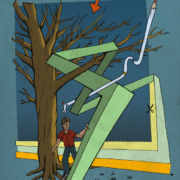 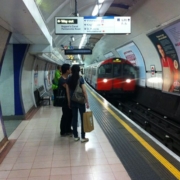